Vladimir Kara-Murza, the younger, met Oleg Sentsov at a liberast conference in Berlin. Looks like Sentsov is being moved around as a new mascot of the struggle… 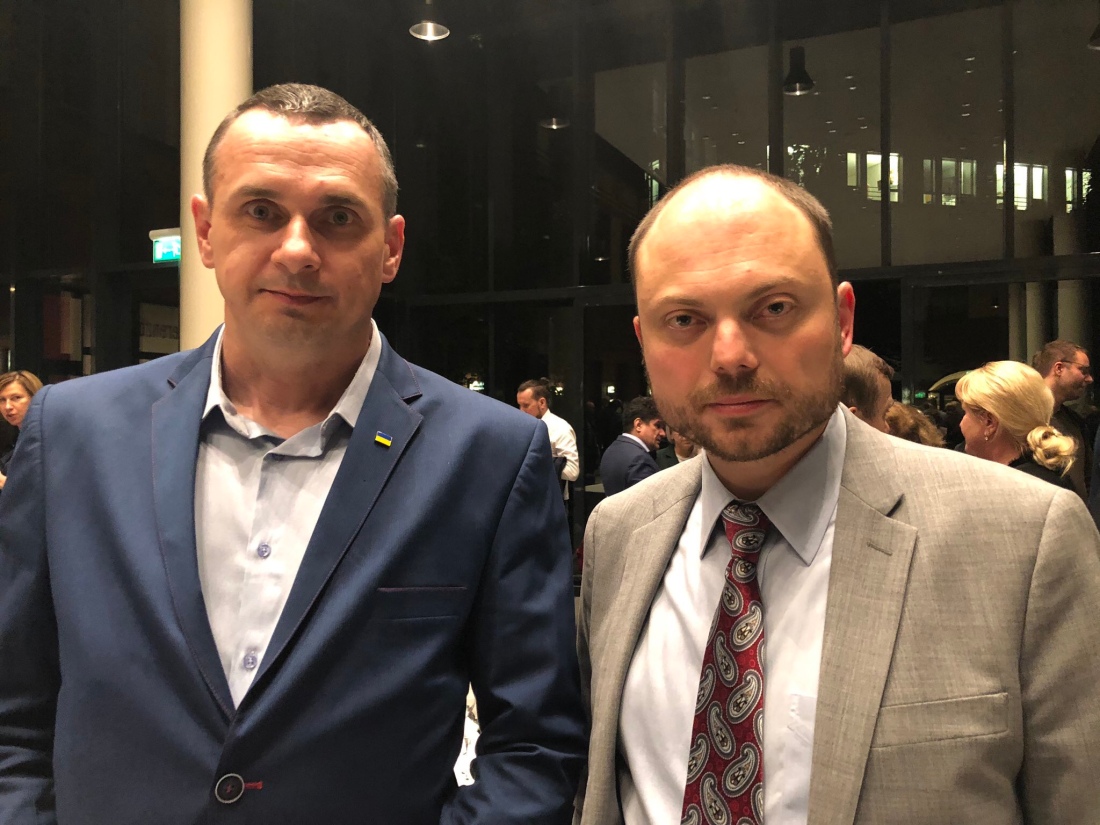 I am willing to bet most Crimeans that experienced independent Ukraine are also against returning back.

Denis Kazansky is a journalist and activist from Donetsk, who now resides in Kiev. He was featured on this blog before.

About twenty official could be sacked from the Alushta administration for travels to Ukraine using Ukrainian passports. Officials in Crimea were required to hand in their Ukrainian passports. But could all the transgressors not afford to travel beyond the Perekop? (short for Isthmus of Perekop by which the Crimean border is commonly referred to)

To travel to Ukraine, under whose control Crimea was until 2014, through the Isthmus of Perekop, is impossible using Russian passports. –writes the publication Primechaniya. And to take a detour through Moscow and Belarus is too expensive. Therefore, the Crimeans, who have relatives left in Ukraine, use their old Ukrainian passports. The locals were allowed to keep them when Crimea joined the Russian Federation.

However, not all, that is the officials and siloviks who have received a Russian citizenship. They were required to hand in their Ukrainian documents (people holding government offices in Russia are forbidden from having a citizenship of another country). This has automatically barred the officials access to Ukraine, where the relatives of many remain.

To solve this issue, the officials in Alushta have claimed that they lost their Ukrainian passports. However, they continued travelling using these passports across Perekop.   As it became know, it was demanded they should be sacked.

The head of the Alushta administration, Galina Ogneva confirmed to Primechaniya that the municipal prosecutor has issued a recommendation to the administration to sack 20 employees of the municipal governance organ, who have visited Ukraine using passports of the neighboring country. The issue here is the article 330.2 of the Criminal Code of the Russian Federation.

“We have the recommendation to sack [the people] but these numbers are not from the current year, they were gathered since 2014,” said Ogneva. “There were different cases, somebody’s relatives have died, others had other rather sound reasons, some were faced with the choice of either operation or treatment.”

Why didn’t the latter didn’t use the Russian Health Insurance is now being investigated by the prosecutor’s office, says the head of the administration.

According to Ogneva, the decisions to expel the officials will be taken with punctuality. That is based on the circumstances that made them break the law. She added that it would not be possible to sack everyone because of absence of qualified staff.

“Primechaniya” contacted the head of cultural administration of Alushta, Olga Mikhailichenko, who in 2016 left Crimea for just few days, and having buried her mother returned to the peninsula. Now, just as her other colleagues, she might be sacked.

“I did not travel to Ukraine, knowing what the consequences might be. But I could not not bury my mother, how would I live with that?” -said the official.

The only way to say goodbye to her late mother was a Ukrainian passport. Primechaniya was not able to explain how the official was able to keep it.

According to Primechniya, human factor in these stories is impossible to exclude. There are dozens of people like Mikhailichenko in Crimea, and perhaps hundreds, warns former head of the judicial section of the Alushta government. who has gone to Ukraine last Autumn and gave an interview to local radio. He said many of his former colleagues did not know what do with Ukrainian documents. Back then, the Alushta government assured us that only employees with background checks work there.

“These aren’t cases like those with Bignyak, here the people have serious reasons.” -said Galina Ogneva.

While in Crimea, the officials would suffer a sack from job or a fine for such transgressions. In Ukraine, “traitors” face 15 years in jail.

In 2015, former member of the Supreme Assembly of Crimea, Vasily Ganysh, was given 12 years. The same fate awaited his colleague from the Sevastopol Municipal Assembly, Vladimir Galichiy. member of the Evpatoria Municipal Assembly, Sergei Osminin, and a former Depute Minister of Sport of the Republic of Crimea, Farukh Kamalov. The latter received less impressive verdicts. The criminal investigation was not only directed against officials, and members of assemblies, but also in relation to activists and members of the society, including those that took part in the referendum and presidential elections in Crimea. However, the Crimean officials and the common people, did not abandon their habit of going to Ukraine.

Right Sector goons, reinforced by hooligans from Kharkov and Dnepropetrovsk burned alive some 50 (at least according to official statistics) anti-fascist protestors in the House of the Unions in Odessa.

This was a complete act of barbarism worthy of countries of Africa. And it justifies Putins’s actions in defending Crimea, and stopping the Ukrainian advance in the Donbass.

That’s all from me folks, if you don’t like my version of events, the comments are free: 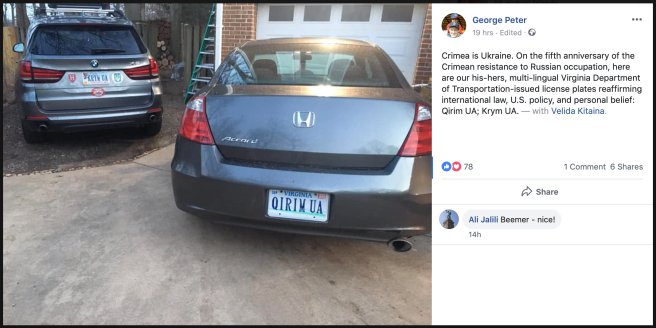 George Kent currently serves as Deputy Assistant Secretary in the European and Eurasian Bureau at the U.S. Department of State, overseeing policy towards Ukraine, Moldova, Belarus, Georgia, Armenia, and Azerbaijan. Previously, he was Deputy Chief of Mission in Kyiv, Ukraine (2015-18).

You can report George to Facebook for not using his real name. I just did…