Because remember folks, there aren’t any Nazis in Ukraine, it’s all Putin’s disinformation…

The former Minister of Foreign Affairs of Ukraine, Pavlo Klimkin said Ukraine ought to react to the initiative of US Congressmen to designate the Azov battalion as a terrorist organisation, as this may effect all defenders of Ukraine, and the presence of a terrorist group among the armed forces could be exploited by Russia. 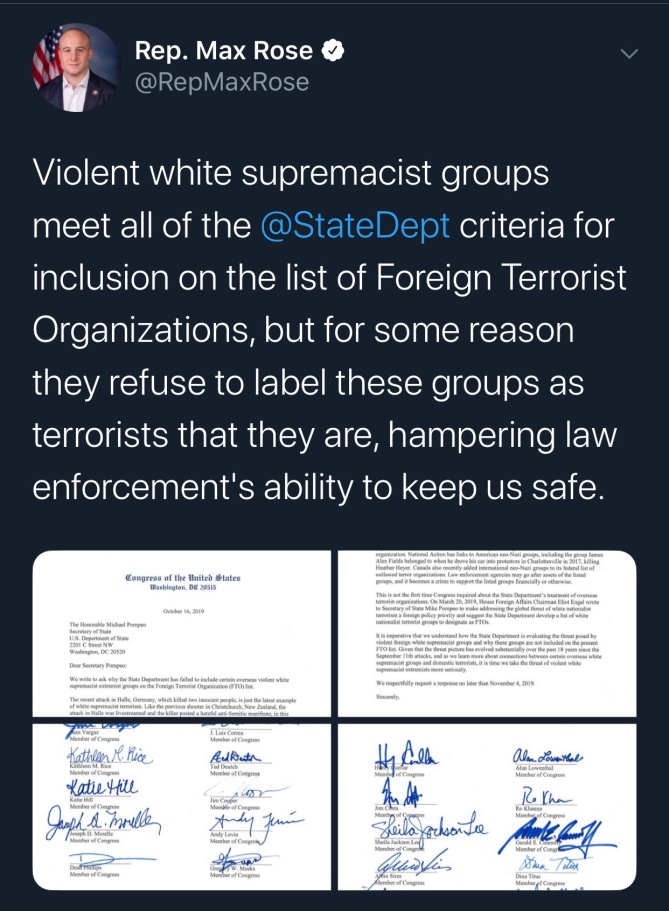 Earlier, 39 (although I heard 49 in an RFE/RL report just now) members of the congress signed a letter prepared by the New York Congressman, Mark Rose (GOP).