The former Minister of Foreign Affairs of Ukraine, Pavlo Klimkin, called on Ukrainians to boycott the products of the company Apple over the latter’s recognition of Crimea… 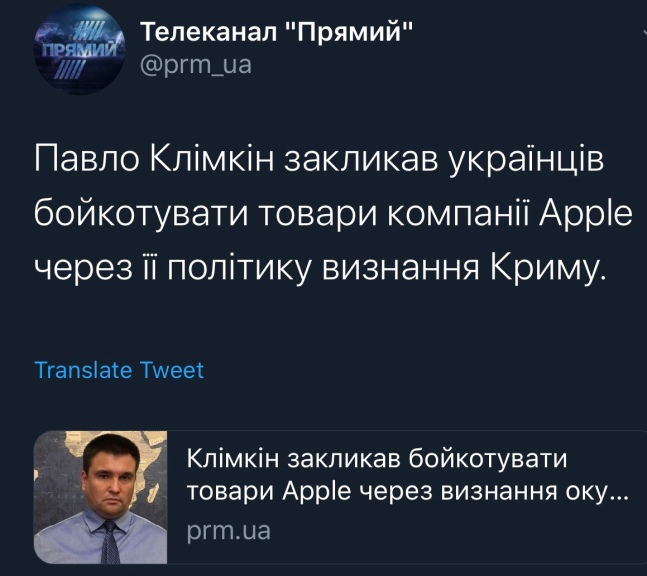 Apple has complied with Russian demands to show the annexed Crimean peninsula as part of Russian territory on its apps.

The region, which has a Russian-speaking majority, is now shown as Russian territory on Apple Maps and its Weather app, when viewed from Russia.

But the apps do not show it as part of any country when viewed elsewhere.